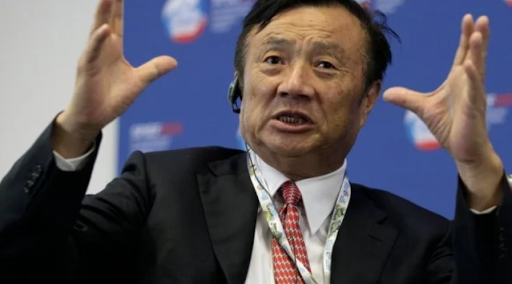 Ren Zhengfei, the billionaire founder of Huawei Technologies, broke years of silence on Tuesday as his business empire faces its biggest crisis in more than three decades amid continued pressure from the US that its networking gear may pose a security threat.
The telecoms mogul called Donald Trump “a great president” and said he would take a wait-and-see approach to whether the US leader will intervene in the case of his eldest daughter and Huawei finance chief Meng Wanzhou.
Meng is in Canada facing extradition to the US, where authorities have accused her of fraudulently representing Huawei to evade US sanctions on Iran. She has denied any wrongdoing and said that she will contest the allegations if surrendered to the US.
The emergence of the reclusive Ren, who last spoke with foreign media in 2015, underscores the depth of the attacks on Huawei, the largest symbol of China’s growing technological might.
“I love my country, I support the Communist Party. But I will not do anything to harm the world,” the 74-year-old Ren told a select round table briefing, only his third formal chat with foreign reporters. “I don’t see a close connection between my personal political beliefs and the businesses of Huawei.”
The US has banned government use of Huawei’s technology products and services because of security concerns. US security experts have warned of a range of potential security risks, including but not limited to the capacity to control telecommunications infrastructure and even conduct undetected espionage. It has pressed its allies to follow suit.
Japan has excluded Huawei from public procurement and Australia and New Zealand have effectively blocked Huawei from the roll-out of their 5G network infrastructure. The UK and Canada are also weighing the possible security risks posed by Huawei — along with a growing list of other European countries.
Huawei has consistently denied any connections with the military, saying that it is a private company part-owned by its employees and that governments need to ensure there is an objective basis for choosing technology vendors.
“Ren Zhengfei doesn’t give many interviews, but his decision to speak publicly seems like a smart move,” said Brock Silvers, Shanghai-based managing director of Kaiyuan Capital. “The threat to Huawei’s European business is real and it is understandably responding to it. Ren’s public comments today show how seriously he views the situation.”
Ren, who joined the Communist Party after leaving the People’s Liberation Army, stressed the potential for cooperation with the US. He played down Huawei’s role in current trade tensions between Washington and Beijing, which have rattled investors and corporations worldwide.
“Huawei is only a sesame seed in the trade conflict between China and the US,” Ren said from the company’s newest campus in the industrial city of Dongguan.
“Trump is a great president. He dares to massively cut tax, which will benefit the business. But you have to treat well the companies and countries so that they will be willing to invest in the US and the government will be able to collect enough tax.”
Meanwhile, China’s Foreign Ministry on Tuesday urged Canada to release Meng immediately, saying the case was an abuse of legal procedure. Ministry spokeswoman Hua Chunying made the comment at a daily news briefing in Beijing.
Meng was released on bail five weeks ago and is living under restrictions in her multimillion-dollar Vancouver home while awaiting extradition proceedings.
The arrest in Poland last week of a sales executive accused of spying may have helped prompt Ren to personally marshal Huawei’s global response. The employee in Poland was subsequently fired by Huawei, which said the individual had brought the company into disrepute.
Ren expressed hope that Huawei could find a way forward with the US.
“Huawei is not a public company, we don’t need a beautiful earnings report,” Ren said. “If they don’t want Huawei to be in some markets, we can scale down a bit. As long as we can survive and feed our employees, there’s a future for us.”
Ren is a legendary figure in China’s business world and moves in the highest government circles. The self-made billionaire is the son of schoolteachers and grew up in a mountainous town in China’s poorest province, Guizhou.
A survivor of China’s great famine between 1958 and 1961, Ren graduated from the Chongqing Institute of Civil Engineering and Architecture. He worked in the civil engineering industry until 1974 when he joined the PLA as an engineer – a connection that still provokes questions in the West about Huawei’s ties to the Chinese army and government.
Resource south china moring post

To give info View all posts by Tvpageup